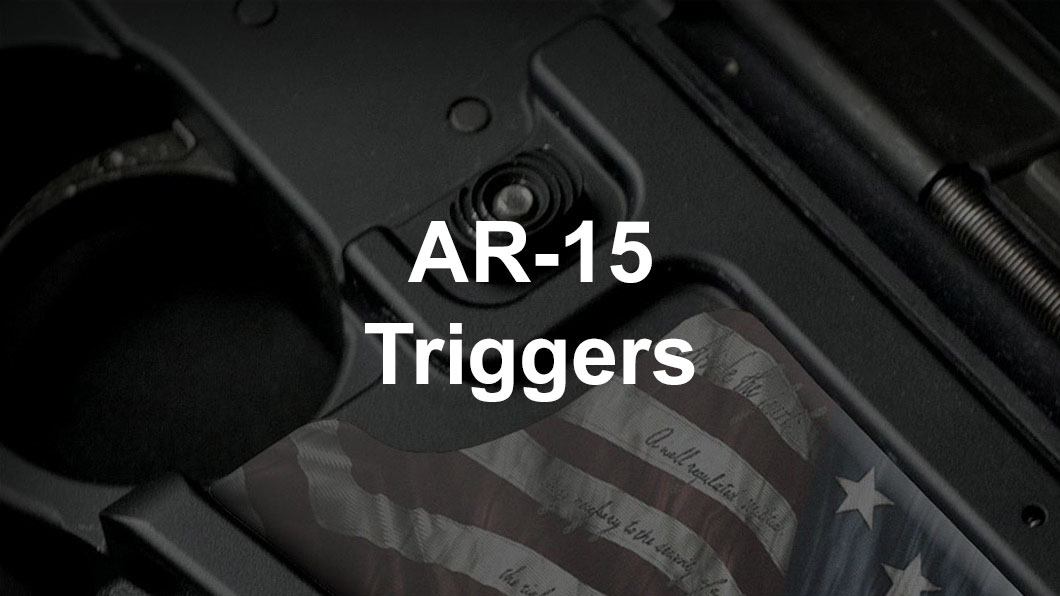 Having the best AR 15 trigger on your rifle is one of the best ways to accelerate your shooting performance. 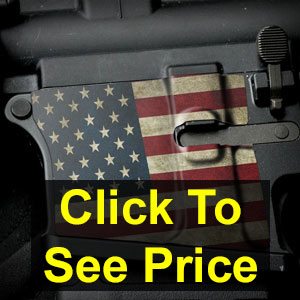 Why you ask? Let's walk through it.

You have your AR set up, sights are on,your stock is set, cheek weld’s great, muzzle device’s looking menacing and what not, but that trigger…

Look, there are a million different triggers available to improve your black rifle.

The problem is which one should you get? What is the best one for the price and for performance? In this article, we will help you quickly figure out which trigger is right for your AR-15 build﻿.

Before we dive into our top 5 AR triggers, let's refresh our memories on some important buzzwords.

Any “good” trigger should have minimal take-up. What is it? It is that loose, dangly feeling you get before your trigger actually starts to depress the sear. It is essentially slack.

Creep is how far your trigger travels from when the sear begins to slide off the hammer, to the moment when the hammer actually strikes and you get a loud boom.

To illustrate, creep is shown in all those zoomed in action scenes showing Cool Guy Assassin, slowly depressing his trigger and building anticipation for the kill.

Pretty self-explanatory. Break is when the hammer is let loose to strike your firing pin. To be sure, not all triggers are created equal—so not all triggers break the same. You want your trigger to break like a fine piece of glass, not an old, grainy piece of wood.

No, trigger weight is not how much your trigger actually weighs sitting in your rifle. Trigger weight refers to how much pulling pressure you must exert on the trigger to get it to break.

Your average grunt’s trigger in an M16 weighs up to 10 pounds, while serious bench triggers can weigh as little as a pound.

We combined these two buzzwords because they are two forms of the same property: (1) How far your trigger continues pulling after the hammer breaks (overtravel) and (2) how far the trigger has to back out to reset for your next shot.

Walkout occurs when your trigger’s pins begin to rotate from recoil and force and fall out. This usually occurs when receiver tolerances and the pinhole diameters on your new trigger mechanism vary too much. This can be caused by poor rifle manufacturing.

A single-stage trigger does what the name implies: It pulls in one, singular stage from finger press to “boom.” There are no half stops or changes in trigger weight.

A two-stage trigger acts like a single-stage up to a certain distance. You pull with less consideration. Then a final, different set of travel (usually with much less weight) lets you get right up to “the breaking point.”

In effect, it lets you hold out that last, nearly immeasurable amount of travel for a quick shot with a clean break and no travel.

Check your local, state, and federal laws to make sure your firearm and any add-on devices are legal.

First on our list is an option from JP Enterprises that is widely accepted as the everyman’s upgrade: their stupid-simple, crazy-good Competition Trigger.

This clean single-stager features a 3- to 3.5-lb. pull weight and offers a simply sweet, crispy break with little to no take-up or creep. Reset times are kept minimal and an optional JP Speed Hammer lands some serious advantages on paper when the clock is ticking.

This unit is not a drop-in; instead it comes with separate, upgraded spring sets, a trigger, and a disconnector that has been fabricated to high tolerances. Everything is sanded and polished so no burs or rough edges hang up cycle times.

What is nice about this is you can still play by “DCM” rules by simply popping in your stock spring.

JP’s Competition Trigger is shipped with a USGI-like black finish and 0.154 inch pinholes. It boasts the same reliability as its military brethren thanks to a simple design. It sells for about $115 making this the best AR 15 trigger for the money.

The CMC factory claims to machine these with a tolerance of +/- 0.001 inches and uses advanced steel alloys to fabricate the internal parts and housing. The CMC is available in either a patented Tactical Flat Trigger design or the standard curved design.

Even as a two-stage AR drop in trigger, the CMC boasts reliability comparable to modern USGI trigger groups. Trigger pull is set to 3.5 to 4 pounds at the factory, which is not adjustable by the shooter.

The CMC uses standard 0.154 inch pin holes and fits standard and mil-spec lowers for convenience. The CMC Flat Drop-in Trigger can be purchased for roughly $170, making it a great middle-of-the-road trigger that installs in minutes with no guesswork.

At #3, Timney steps up the drop-in trigger game with their single-stage Competition Trigger, available in 3, 4, or 4.5-lbs. of pull. The Timney has a super nice, consistent break with minimal take-up or overtravel.

What is nice about the Timney is its modularity and ability to eliminate some unfortunate quirks in the land of aftermarket triggers.

See, with the Timney you will get to re-use your rifle’s original hammer and trigger pins. This is a small detail but it is important if you own an economy rifle.

When you start throwing in new triggers and pins, lower receiver tolerances can make for a sloppy trigger. One of the biggest concerns can be walkout as explained above.

That is obviously a disadvantage in a competition setting. The Timney has a proprietary design that reuses your original pins so there is no question of fitment and tolerance.

These are small details, but they are extremely important.

If U.S. hand-built quality and the reliability in a name count, the Timney Competition Trigger should be in a box on its way to your front door. You can purchase the Timney for about $225 to $250.

A strong runner-up for first, The Geissele SD-3G Trigger, is a flat single-stager for the pro shooter or neurotic black rifle owner who wants to compromise nothing and still get the best with the simplest design.

The SD-3G takes Geissele’s match-grade SSF trigger mechanism (a $400 trigger group that the SEALs and Spec Ops love) and combines it with a civilian AR hammer to make one of the best single-stage triggers available.

The Geissele pulls at 4 pounds, which is a tad heavier than our other selections. Geissele feels that 4 pounds is the perfect way to improve tactile feedback without sacrificing ease of use.

Speaking of trigger feel, the SD-3G provides what we feel is one of the cleanest breaks with absolutely zero take-up, overtravel.

It has one of the shortest resets available on the market. The fire control group dons a dark, matte black finish to blend in nicely. It protects against rust and corrosion.

If milliseconds count in a single-stager, the SD-3G is arguably your best bet. You can pick it up for a cool $240 or so, with fitment available for both AR-15s and AR-10s.

Big, bad Numero Uno is considered the king of AR triggers. Seriously, it does not get better than this. Jerry Miculek uses this trigger.

For those who do not know, Jerry held the record as the fastest shooter on Earth, emptying an 8-shot revolver in 1 second—he knows a thing or two about triggers. Chip McCormick also gave it a stamp of approval.

Guys like Mike Voigt, Bruce Piatt, and Daniel Horner swear by it when they shoot competition: It is the American Trigger AR Gold.

The drop-in AR Gold trigger blends science fiction levels of perfection with the most involved research and design to go into a bullet pedal.

The AR Gold was dreamed up almost a decade ago when pro shooters wanted a trigger that was impossible to improve further—the perfect trigger, if you will. Fast forward to today. The AR Gold is the most well-recognized and trusted trigger in existence.

The AR Gold sports an adjustable 3.5 pound pull weight and is available as a single or two-stager. The entire system is set internally, so no variations in receiver pinholes or walkout concerns will ever cause problems.

The whole mechanism is fabricated with hardened S7 alloy, which is the best of the best. All of the trigger’s components are cut using Wire EDM, where a literal beam of electricity produces cutting tolerances that are technically not even measurable – true perfection.

The AR Gold is finished off with smooth black anodizing on the body, while the trigger itself (available flat or curved) sports an unbelievably sexy gold finish—real gold, of course.

The AR Gold offers the cleanest break in existence. Every press feels like snapping a piece of perfectly tubular glass on a cold morning. Measured to the maximum, there is no take-up, creep or overtravel.

The American Trigger actually puts those claims to test. Officially, the AR Gold offers the shortest reset available on the market. The manufacturing tolerances are great.

To prove the trigger’s concept, American Trigger boasts of one standard production model that has been in service for over seven years with 100,000 rounds smacked under its hammer–with no loss of performance.

If you want the best AR trigger in the world, this is it. You can purchase one from American Trigger’s website for about $280. You will join the ranks of owning some trick pro shooters’ equipment in the process.