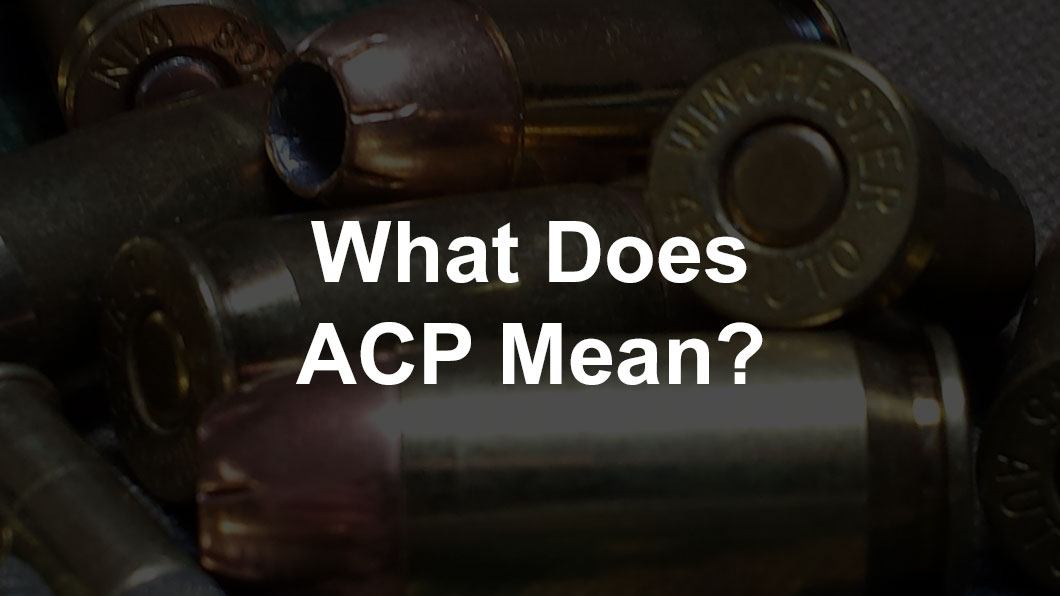 A question that comes up often is what does ACP stand for when it comes to guns and ammo. We see the phrase often, and how it came about is a very interesting story.

In this article, I plan on answering that question for you and giving you the background of how ACP fits into modern firearms. Here's the simple answer: 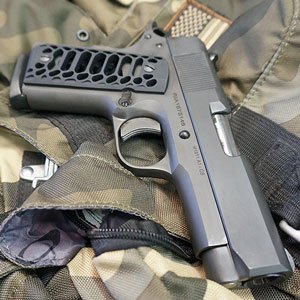 Most of us know this:

The invention of the automatic pistol changed the landscape of firearms.

But there was a catch...

The advent of relatively compact, slim semi-automatic pistols required a standardization of caliber.

Many revolvers required rimmed rounds that stayed seated in the cylinder after being discharged.

However, semiautomatic pistols, such as the Colt 1911, did not need rimmed rounds.

In fact, having a rim that exceeded the diameter of the bullet would cause the round casing to catch or snag.

The most notable example of this new era of semi-automatic pistols is the Colt 1911, invented by John Browning.

Browning recognized that the Colt 1911 required a round that would eject after being discharged and would load easily into a magazine.

For those that have owned or shot the gun before, you know it takes a very specific caliber of round – the .45 ACP.

This leads to the main question, which we will answer next.

What Does ACP Stand For?

By tying to the round, it specified that Colt designed this round specifically for their pistols.

That is clever marketing, right?

The distinction needed to be made from an engineering standpoint and for the consumer.

Browning labeled these new pistol rounds – such as the .32 or .45 auto – as Automatic Colt Pistol rounds. This became abbreviated simply as ACP.

Now, a round like the .45 ACP is not interchangeable with the other varieties of .45 caliber rounds on the market.

A notable example would be the .45 Colt – otherwise known as the .45 Long Colt.

The big difference between a .45 ACP and a .45 Colt round is 10 millimeter of added length to the Long Colt and a protruding rim at its base.

This made the .45 Colt ideal for revolvers. The .45 ACP round was made only for semi-automatic pistols.

Revolvers, such as the M1917 Revolver made by Colt, can accept ACP rounds.

However, most revolvers are built for rimmed cartridges and the ACP round does not have a protruded rim.

Both rounds have different dimensions even though they are the same caliber.

The loss of length on the .45 ACP also sacrifices the speed of the bullet. But, the .45 ACP is just one example of quite a few Automatic Colt Pistol calibers.

Colt invented a large variety of firearms. It became necessary to start referring to each caliber by a system that made sense for the company.

All of these calibers are denoted with an “ACP” at the end of them. However, these rounds are also referred to as “auto.”

For instance, if you walk into a gun store and ask the clerk for a case of .32 ACP or .32 auto, he will hand you the same case of ammunition.

There is no difference other than which system a person uses to refer to those particular rounds.

It gets interesting when we consider how these rounds fit into the hand gun arena.

This makes it very compact and easy to fit into smaller handguns such as the Bersa Thunder or old Walther PPKs.

The .25 ACP is only three quarters of a millimeter wider and one millimeter longer than the .22 Long Rifle (5.6 x 15 millimeter).

This makes the .25 ACP an extremely light round. It is mostly found in highly concealable derringers and semi-automatic pistols.

It was the initial choice of Ian Flemming when he started writing about James Bond.

He was later advised by someone more familiar with firearms that the .25 ACP was an extremely underpowered round.

Speaking of underpowered—before innovations in the field of smokeless gun powder, many of the Automatic Colt Pistol rounds were considered to be very underpowered.

The .25 and .32 ACP are still used by some European police forces. The .380 Auto is extremely popular as a concealed carry handgun caliber, but many people complain about the penetration of this round against ballistic gel. 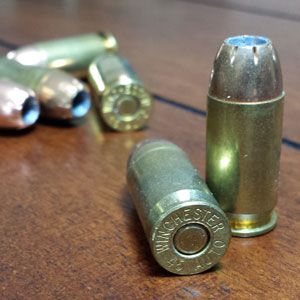 Out of all of the rounds, the .﻿45 ACP became the most notorious because it was used in the Thompson submachine gun and the Colt 1911A1 semi-automatic pistol.

It earned its place in American nostalgia.

The only round to no longer be in active production is the .38 ACP.

The .38 ACP was an attempt to bring the caliber from the world of detective revolvers to pistols.

It never really took off. Sig Sauer recently attempted to bring the caliber back in their line of pistols and that round is now known as the .38 SIG.

In terms of stopping power and potential, the .38 has always been underpowered in comparison to its larger, more powerful .357 Magnum cousin.

While we may recognize popular calibers such as the .45 ACP or .380 ACP, it is important to realize Colt was not the only company to use this trick.

As mentioned earlier, Sig Sauer produces firearms chambered in .38 SIG. A few other notable cartridges that bear their maker's mark include:

As militaries and police forces required standardization of ammunition, some rounds became easier to find than others.

If you have a handgun chambered in .45 GAP or .38 SIG, you will immediately recognize the price difference per round versus 9 x 19 millimeter Luger.

In summary, the term “ACP” refers to Colt's designation of the round they used in the production of their various firearms.

Always get the ammunition specified by your firearm owner's manual prior to firing it.

Ever wonder about the history behind the AR? Check out my article on it.​ Also, if you want to learn more about the 308 caliber, check out this comparison.

New to the shooting world, Have a CCP. own a Dan Weson 1911 45 a 38 S&W and a Rugger 380. Like to carry the 380 and they say ACP which I did not know what it meant. I have been reading about self defense ammo. not sure what to use. But you guys are the best resource. I am a member of USCCA

Thanks for another excellent article. Where else could anybody get that kind of info in such an ideal way of writing? I have a presentation next week, and I’m on the look for such info.