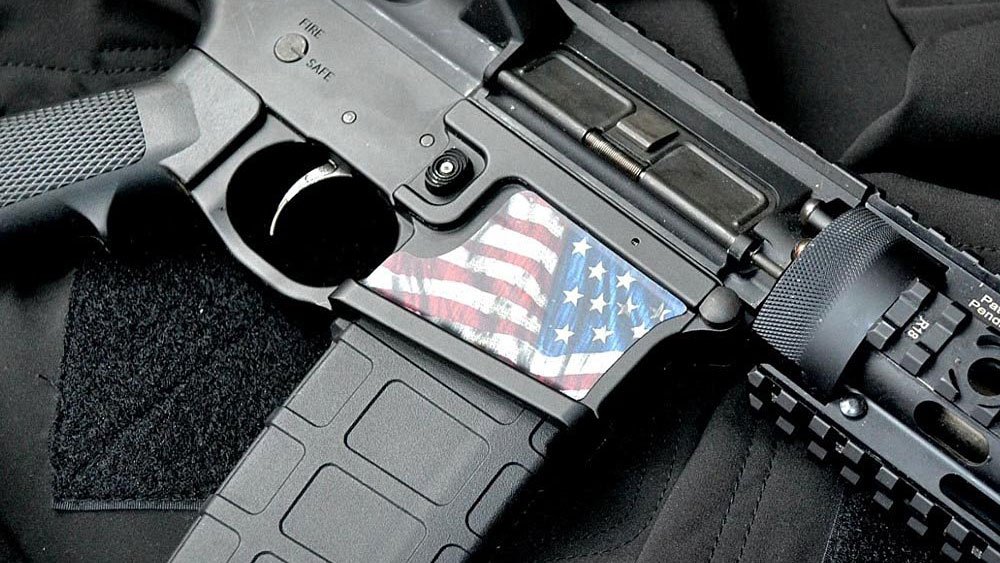 What does AR stand for?

A lot of people use the term AR-15 to incorrectly lump a large group of firearms into one category. But it's important for us to stop and ask what does AR mean?

The definition of AR is readily confused for assault rifle or automatic rifle by a majority of people you might run across.

It is also the name usually attached to any gun that has, unfortunately, been misused for misguided purposes.

So what does the AR mean when concerning the firearm?

Fact: AR in AR-15 does not mean assault rifle. It stands for ArmaLite, the manufacturer of the gun. @trek_warrior

The phrase AR refers to a rifle designed by the ArmaLite Company that produced initial prototypes of the AR-15 in the late 1950’s along with several other types of rifles.

As you can see, the term assault rifle has nothing to do with the AR definition.

ArmaLite still produces firearms for use of the general population though the company has changed hands several times since its inception.

As we will talk about later, the AR-15 is still available for purchase, but through a multitude of different manufacturing companies, which will give you some insight into the popularity and practicality of the firearm.

There are also lots of great scopes and optics for the AR-15, as well as the AR-10. If you are interested in customization, check out our guide on how to build ﻿﻿your own AR-15.

The AR-15 has a very long, interesting history and back-story. We will look at a brief summary of the how the AR-15 came to be, what makes up the AR-15, and where the AR-15 is now.

The AR is also commonly associated with the phrase Molon Labe.

Hopefully, this article will enlighten you on one of America’s most famous, popular, and adaptable rifles.

Details Of The ArmaLite AR-15

The initial design of the AR-15 went through several modifications when adapting it to military use that eventually led to the M-16. 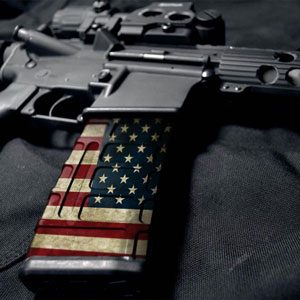 Here we will take a look at some of the details of the original rifle and what made it an appealing weapon to be used by US soldiers.

The Armalite-15 was designed as a counter to the AK-47 that American troops were facing during the Vietnam War.

Some ingenious engineering went into the design of the AR-15 including the lightweight aluminum frame and a gas ejection system that was not seen in other rifles.

The use of high-grade aircraft aluminum dropped the weight of the rifle down to around 6lbs!

The rifle was chambered to fire 5.56x45mm cartridges that showed good range and stopping power that the military was looking for.

When firing in full automatic the weapon was more stable and accurate than the current rifles being used. In general, it was the rifle the US needed, but it still encountered several problems and other roadblocks along the way.

The Origins And History Of The AR-15

ArmaLite was a small arms engineering company that was established in 1954 out of California.

The company’s goal was to engineer and produce small firearms that would be readily available for public use.

The next decade was filled with financial troubles for the company that saw their AR-10 design not finding the success they had hoped for.

The company pitched the AR-10 (predecessor to the AR-15) to the US military that, at the time, was looking for a more efficient weapon to be used by the troops facing the AK-47.

The M1 Garand that soldiers were using at the time was heavy and had a small magazine size.

While the AR-10 did not win the competition for adaptation to the US military, there was still interest in the weapon.

One point of interest was the design was much lighter than other rifles being designed for the same purpose.

This piqued the curiosity of the military because the lighter weight, due to the aluminum alloy frame, would allow for extra ammunition to be carried. 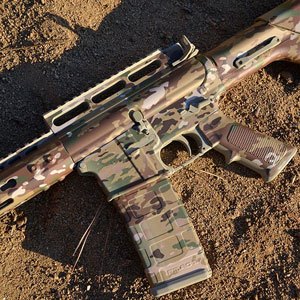 Continued financial troubles and poor revenues generated by the company led to them eventually selling the rights to the AR-15 to Colt’s Manufacturing Company in 1959.

After obtaining the rights, Colt and the US military continued to develop and optimize the AR-15 ultimately leading to the production of the M-16 rifle.

The M-16 was used heavily by the US military during Vietnam and beyond, and also resulted in the halt of production of the original ArmaLite-15 designed by Stoner, Fremont, and Sullivan.

The initial attempts to earn contracts from the US military were met with a lot of resistance and took several attempts before the AR-15/M-16 became the main infantry firearm.

Soldiers also faced complications with the rifle after its initial deployment with misfires and cartridge jams.

It was found that a lot of the soldiers had little to no training on the upkeep of the rifle and was a large reason for the initial issues.

These were resolved with training and more improvements to the design and eventually led to the firearm becoming the face of the US military with hundreds of thousands of the rifles manufactured for use.

Eventually the patents for specific parts of the AR-15 expired in the 1980’s. This led to the opportunity for different companies to begin manufacturing AR-15-like rifles and, to this day, dozens of companies produce the rifle for public use.

The AR-15 is still one of the most useful weapons for home defense.

The AR-15, after the rights were sold to Colt, has gone through several different models.

The newest AR-15A4 model can still be purchased through Colt for a little over $1,000 and is one of the most favored semi-automatic weapons in the United States.

There are older and cheaper, used models of the rifle that are available for purchase as well as a myriad of clones and variations.

As touched on in the earlier sections, a lot of different companies were able to produce their own version of the AR-15.

This is not an article that compares and contrasts the various companies’ adaptations, but you should be aware that options are available and the specs of the variations differ.

Most variations still use 5.56mm ammunition and will be able to handle .223 cartridges as well.

Some variations are chambered for .223 ammunition and it is not safe to use 5.56mm cartridges as they produce a much higher pressure that the firearm cannot handle.

The differences in weight between different versions vary but most have a stock weight of nearly eight pounds. Unlike its select fire predecessor, today’s AR-15 is semi-automatic due to USA federal gun laws.

The ability for owners of AR-15s to customize their weapons is boundless.

There are countless accessories that can be bought and mounted to customize the rifle for specific purposes of the user.

This includes a variety of different grips, clips, stocks, and optics. The limits of customization vary by state gun laws and owners should be aware and comply with those laws.

Hopefully this article has provided a basis for understanding what the AR-15 is and where it came from.

The adaptability, ease-of-use, and a continued demand for production of the AR-15 guarantees this rifle will continue to be a part of American culture and history for the foreseeable future.

Have a specific AR-15 variation that you think is the best? Share it with us in the comments below.

Also, the AR-10 is still alive and well today. It is popular for those that want a bigger cartridge and longer range performance. Check out the best options here.​

If you want to broaden your gun knowledge even more and learn about ACP, check out my article on it.​