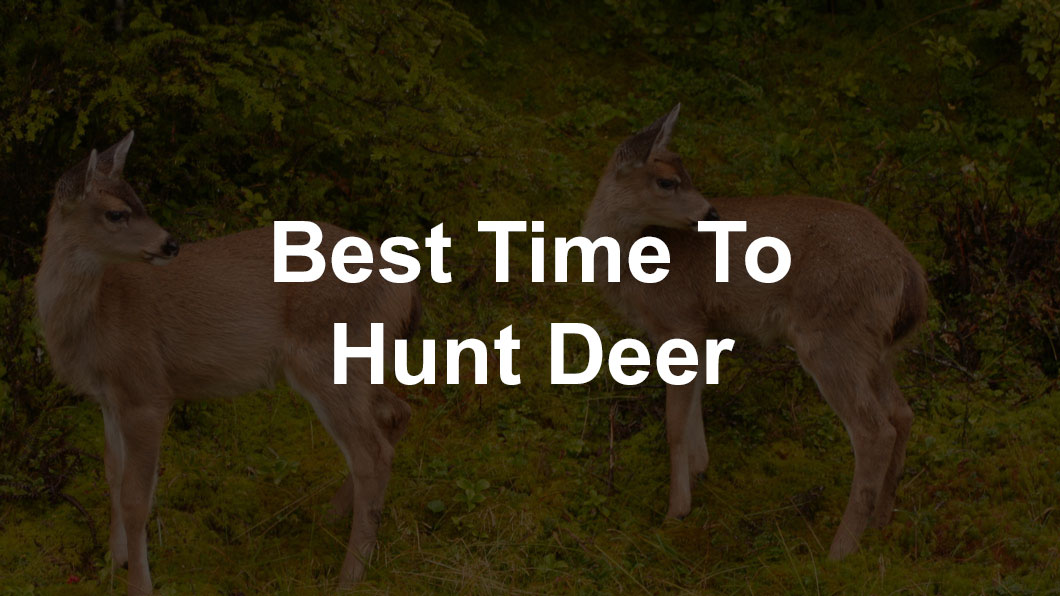 It turns out that the best time to hunt deer revolves around knowing about deer feeding times and deer movement times.

We've all been there:

Listening to a group of whitetail hunters discuss how and when deer move and feed often resembles the ramblings of a pagan cult.

Here's the thing though:

They have probably killed a few whitetails and those factors do matter, but you can put yourself in a position to hunt whitetail effectively without giving up your normal day job and we will discuss how.

While doing your own scouting is imperative to a successful whitetail hunt, we will go through the various phases of deer season and discuss the general trends of movement and feeding habits. 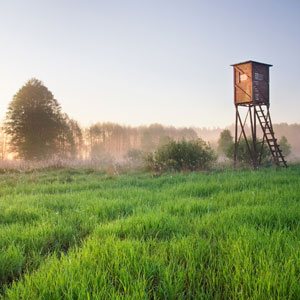 This information, paired with your own scouting, will give you the edge you need to harvest a whitetail this season and seasons to come.

We will break the season down into the following four phases and look at the different movement times and feeding times for each.

What we will see is that depending on the phase of the season, deer will behave differently.

By doing this, we can determine the best times to hunt deer throughout the season and aid you in your pursuit of whitetail deer.

The times of the year where these phases change depend on your location, but the general movement and feeding times are similar.

This period occurs during the first few weeks of the season from late September through most of October.

During this period, deer are feeding hard to prepare for the upcoming breeding period and winter.

Whitetails tend to localize to a small area where they spend most of their time during this phase.

Feeding usually consists of a few hours a day and usually occurs shortly after daybreak and shortly before sunset when the temperatures are the coolest. 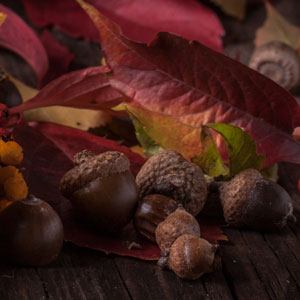 During the heat of the day, they will remain more stationary and even bed down. This makes finding these areas key to a successful hunt early in the season.

The areas are usually with a few hundred yards of major food and water sources from the deer.

Deer will mostly adhere to these bedding areas and funnels to and from feeding areas.

The phasing from early season to pre-rut is dependent on your hunting area’s geography and climate, but you will usually find deer moving into pre-rut in late October to early November.

During this phase, bucks will begin asserting their dominance and claiming territory. They will also begin locating groups of doe and staying near them.

Bucks are still feeding heavily, so the movement and feeding times are still similar to early season.

Like the early season phase, deer are still feeding heavily during the early and twilight hours.

They are still keying in on high carb food and being in the stand a couple hours before dawn and dusk near these feeding sites is a good strategy to bag a deer.

Movement times during pre-rut are similar to early season. Deer will still move from bedding areas to feeding grounds in the early morning hours and the last hour or two before sundown. 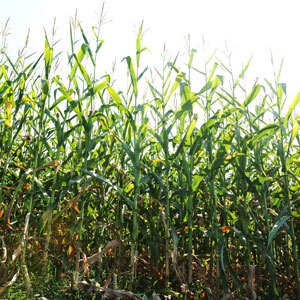 There is one major change in movement times for bucks. After returning from feeding to bedding areas they will begin to move again around midmorning checking on groups of doe.

It is during this period where bucks will begin sorting out the pecking order for breeding grounds. This will continue until late afternoon when deer will move back to feeding areas.

If you can find scrapes along fence lines or other natural funnels you can have a good idea of where bucks are cruising throughout the day checking in on groups of doe and plan your hunt accordingly.

During this time, rattling and rut scents can start to be a lot more effective.

Rut most often occurs during the first few weeks of November. No one is completely sure what cues deer to move into full rut.

Most hunters will agree that it usually coincides with one of the first major cold snaps in the area. In the most southern states, rut may not occur until mid to late December.

Feeding is going to be low on the priority list for bucks at this point in the season, especially during the peak.

Doe vary by when they go into their estrous cycle and some might still be on their normal feeding patterns as previous phases.

If doe are feeding, you can be sure there will be several bucks nearby.

If you can get out in the woods during the peak week of rut you are in for some awesome hunting. 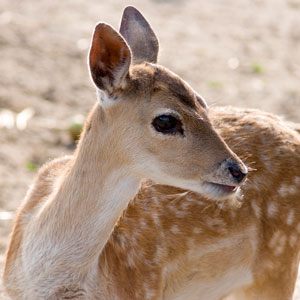 Bucks move throughout the day throwing caution to the wind as they search for mating doe.

Deer are moving constantly and sometimes at great distances, making it difficult to pin down the exact movement times and locations.

If you have an idea of where doe are bedding down from previous phases, you can set up in the area and utilize rattling, scents, and calls.

It is during this phase that those tactics will be most effective.

It’s also important to note that once a buck and doe have bred, they are going to stick close together and hunker down for several days.

If you miss the pre rut by several days you might find the woods pretty quiet.

We could almost break this phase into two distinct phases. The reason for this is because there might still be doe going into a second estrous cycle while most deer have moved on to feeding again.

Deer transition from rut to post-rut two to three weeks after the initial rut begins. This usually coincides with the end of November or start of December.

Deer moving into post-rut do not coincide completely.

During this time, feeding becomes top priority again for most deer. Bucks are hurting and are in the worst shape they will be in all year as the rut has been taxing on their bodies.

Deer begin to feed heavily again early in the morning and late in the afternoon as they did pre-rut and early season.

The food source has changed during the post rut and deer are keying in on food sources that grow naturally in the woods.

They will still scavenge for leftover acorns on the forest floor, mushrooms, and lichen. There are some crop foods such as winter wheat or alfalfa. Deer will travel far to find reliable food sources and will bed down close to those sources.

Lot’s of hunters agree that deer seem to move more heavily during the afternoon in the post rut phase, but that might be anecdotal.

Regardless, movement will be through normal travel lanes to and from bedding and feeding areas.

Remember that you might still have some doe going through estrous that have not been bred yet. This means there might still be some bucks that will come up during the day if they catch scent.

Do Deer Move In The Rain?

The answer to the question "do deer move in the rain" is yes and no.

Let me explain. Typically, deer prefer a clear day where they can see and hear at decent distances.

That way, they can be aware of predators and socialize with each other.

Usually, when it starts raining, deer tend to bed down to get out of the weather and avoid the loss of visibility and hearing that comes with rain.

However, if it keeps raining for days, they do have to get out and eat. Many hunters have had success getting deer in the rain.​

It also depends on the phase as well. If they are in rut, they won't stay bedded down for long if it continues to rain.

The best solution is to know your phases, and observe your local deer's patterns to give yourself the best chance of success when deer hunting in the rain.

We can set arbitrary times that these different phases occur during deer season but you, as a hunter, have to be in the field to observe what the deer are doing.

If you can identify their habits you can understand what phase they are in. This lets you understand how deer will behave and give you a better shot at a successful hunt. Doing your own observations will help you find the best time of day to hunt deer.

Although we have focused on whitetail deer, these phases, movement, and feeding patterns are generally the same for other species of deer, moose, and elk.

If you’re an aspiring deer hunter, this article has hopefully given you a better idea of when the best time to deer hunt is and a better understanding of movement and feeding times.

To enhance your hunting even more, make sure you've got a good rifle and consider using some deer attractants. Once you've got your deer, it's time to ﻿﻿turn it into meat.

Also, if you're a turkey hunter, we put together a great guide with lots of info and tips here.​